Blog
You are here: Home / Blog / News / Board Announcements 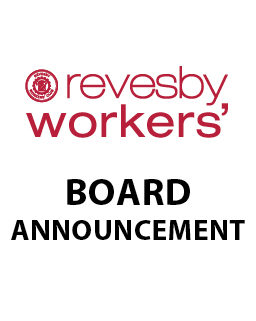 Following the Board Announcement (dated Friday 6 September 2019), the Board of Directors have advised of their resolution to announce Craig Epton (Chief Operating Officer) as the Acting Chief Executive Officer of Revesby Workers Club Ltd.

Craig is highly regarded by the Board, Management and staff across our organisation after having been appointed to the COO role in September 2018.

Craig will continue as the Acting CEO while the Board conducts a thorough search for a permanent CEO.

As someone of you know, Ed Camilleri will be resigning from his role as CEO of the Club.

Ed has been instrumental as establishing the Club as a leader within the industry and an important provider of community-based services for our local area. He has also been a dedicated and well respected leader for nearly three decades.

Over the coming weeks we will announce the appointment of an Acting CEO while the board conducts a thorough search fro a permanent CEO.