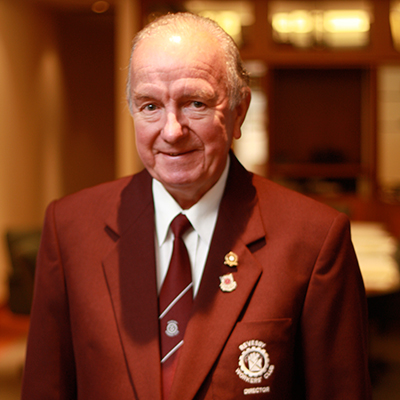 The late Patrick Rogan has made the Australia Day honours list, receiving an Order of Australia Medal (OAM) for his service to local community and the success of clubs in NSW.

Patrick Rogan was driven to improve areas throughout the local community. He was dedicated to many initiatives and held various positions that paved the way for good change.

In 1973 to 1999, he served in State Parliament as a Member for East Hills and was the opposition Minerals and Energy spokesperson.

In 1999, Patrick retired from politics and in that same year he became Chairman of ClubsNSW. As Chairman, he oversaw the introduction of an industry Code of Practice and best practice guidelines to improve accountability and better inform Club Directors about their legal responsibilities, government legislation and duty of care.

In 2006, Pat was recognised for his achievements when he was presented with the Outstanding Contribution to Club Movement Award and was later appointment as a Life Member of ClubsNSW in 2008. Within Revesby Workers’ Club, he was a Director from 1995 and later became Club President between 2008 and 2010.

In an Inaugural speech, Alan Ashston stated his appreciation for the work that he had completed in the community.

“Pat’s dedication and commitment to our local community exemplifies the spirit of public service that should be the most important aspect of any citizen’s desire to seek election to Parliament.” Alan Ashton said.

Patrick Rogan was hard-working and went about his commitments with a gentlemanly manner. He made every effort to serve the community well and fought for all injustice.