On Wednesday 19 July 2017, Revesby Workers’ Club hosted a 2GB live broadcast in recognition of “Do Something Day”. Ben Fordham, the much loved broadcaster and television host, was on hand to lend his support for the cause- with the much anticipated launch of “Ben’s Bangers”. This was a 2GB wide competition that saw many entries to determine what would constitute the most favourite of all sausage recipes from their listeners. For a gold coin donation, patrons could try one of Ben’s Bangers in a roll & all proceeds were donated to the Asbestos Diseases Foundation. The Club and Clubs NSW matched the amount of money raised, hundreds of dollars worthy cause!

Revesby Workers’ Club didn’t stop there when it came to Do Something Day. “Book It Forward” was an initiative that involved the collection of new or lightly used books, that could be donated to local schools, Charities & The NEWLY OPENED  Icon Cancer Centre in Revesby.  Dr. Robin Weeks, the founder of Brigadoon Medical Centre, worked tirelessly over a three year period to see that The Icon Cancer was established in its current location due to the lack of Oncology support and treatment in the area. Edward Camilleri, CEO of Revesby Workers’ Club was also instrumental in cementing this partnership and commitment to the community. ~  We are Proud to say that we collected thousands of books during this initiative, a testament to the local community and the Members of Revesby Workers’ Club who donated in force!

Health Mates Fitness Centre also joined the collection brigade, raising much needed funds by serving porridge at breakfast and soup during the evening, all for a donation to cancer research.

It is with the support of all of our Members and the local community that days like “Do Something Day” are a huge success. A big thanks goes out to all involved including Staff, Members, the local community and of course Ben Fordham and the 2GB crew whose professionalism  and passion for the cause was evident for all to see. We are already gearing up to make “Do Something Day” even bigger next year!

Revesby Workers’ Club has been nominated as a Finalist in the Clubs and Community Awards five times in four different categories in 2017.

Clubs in collaboration – For our ongoing support of Bankstown City Aged Care.

Disability, Welfare & Social Inclusion – We are nominated twice in this category, firstly for Season Of Giving, this nomination is for providing sensory Santa photo sessions, which provide opportunities for children on the Autism Spectrum and those with intellectual disabilities to visit Santa in a low noise and low stress environment. Many children with special needs find it difficult and distressing at this time of the year when surrounded by excessive noise and crowds to engage appropriately in Christmas activities in shopping centres and other locations. Providing a calm and quiet atmosphere in which to visit Santa allows these children the best possible opportunity to celebrate Christmas. Secondly for our Iconic Partnership, whereby Revesby Workers Club has teamed up with Icon Cancer Centre to provide much needed oncology support in the local area.

Education – For our ongoing support of local education.

We are extremely excited in being nominated as a finalist in these awards, as we strive for excellence in our vision, innovation & passion for the community at large. The awards dinner will be held on Sunday 15 October 2017, and although we are excited and pleased by our nominations, it is the outcomes of the hard work and dedication that that are the true awards. 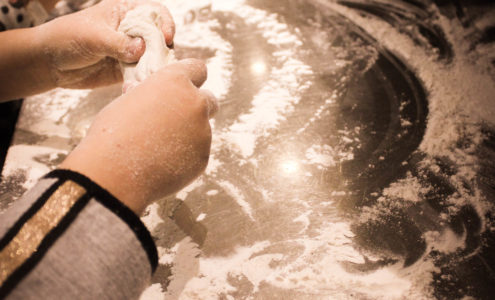 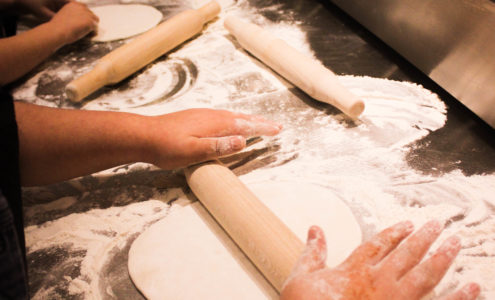 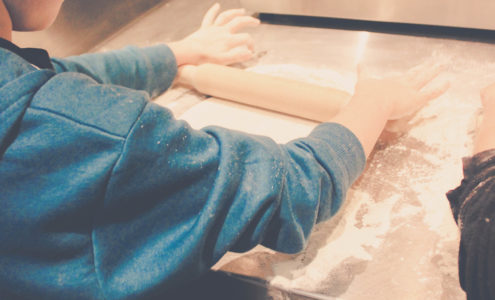 On Monday 3 July we held our Pizza Making Classes for kids in the Firestone Kitchen and Bar within the dining precinct at Revesby Workers’ Club. There is something therapeutic about making your own dough, rolling it out and making pizza from scratch, and all of the kids LOVED IT! We are pretty sure we even have some future star chefs amongst the group! After carefully selecting their preferred ingredients they were then able to taste their creations – all washed down with a cold soft drink.

A big thanks goes out to our Chef’s who also had a ball with the kids, passing on knowledge that they will remember for a lifetime! Stay tuned for more kid’s masterclasses in the future.