Bel Cibo Italian Masterclass Gets The Thumbs Up!

On Tuesday 26 September we held the 3rd instalment of our Bel Cibo Masterclasses for September. The group learnt how to cook and prepare a 4-course taste explosion under the guidance of our experienced Chefs from Bel Cibo Italian. They started with a Fried Calamari for Starter, Entree was a specially prepared Char-grilled Rockmelon salad with heirloom tomatoes prosciutto burrata and salsa verde. A roasted chicken breast with ricotta, pumpkin puree, potato puree baby beets and pancetta for main, all topped off with a warm chocolate pudding for dessert. To say that the group had a fantastic time would be an understatement! Check out the pictures of the night below.

Check Out Our New Budding Chefs!

Forget store bought stuff! We now have a number of local children destined for culinary stardom after their Pasta Making Classes at Revesby Workers’ Club yesterday. The Kids learnt how to make pasta from scratch, cooked a Bolognese sauce and had a great time tasting their creations. Great fun had by all under the supervision and guidance of our Chefs. Congratulations to our new graduates, we hope you all had a great time!

The Art for Parkinson’s Group is an innovative art programme for people in the community living with Parkinson’s disease. The group is designed to provide a “can do” activity for people whose abilities have been compromised by Parkinson’s, a typical class begins with a “cuppa” and a chat.

“We begin with activities to help calm the nervous system through guided breathing exercises to focus the mind, followed by seated stretching to kick start the body into action.”

“Although communication through speech is often compromised with Parkinson’s disease the ability of self-expression flows through with the use of a variety of materials and subjects.  At the beginning, the first mark or stroke then leads to another and another which is in itself a major achievement for people who find writing difficult.  This, in turn, encourages confident experimentation.”

“There’s no right or wrong … just wonderful, creative, self-expression.  We like to say that “MAGIC HAPPENS” and the great thing is that no experience is required!”

The Art for Parkinson’s Group allows suffers to direct their minds to different levels where the visual mode prevails on the logical and connects the person with their creativity.  This is very important for someone who has to adapt to certain limitations and a new situation due to a disease like Parkinson’s.

Through the support of Revesby Workers’ ClubGRANTS funding and the generosity of volunteers the Art for Parkinson’s Group is making a significant contribution to the improvement of health for those suffering with Parkinson’s disease.

Revesby Workers’ have once again supported this worthy program through their ClubGRANTS for 2017. All members of the community affected by Parkinson’s disease are welcome to join and be a part of an outstanding project for people with Parkinson’s.

For more information on how to get involved in this fabulous project contact Wendy Davis, Art for Parkinson‘s | Parkinson’s NSW | t:   0415 361 991.

Revesby Workers’ Club has a proud history of supporting charities around and within its local community and this year was no different.

Each year the Club’s ‘Bill Bullard Charity Committee’, a team of dedicated volunteers, give their precious time to assist in fundraising for the various community groups.

The charity committee is named after former Club Director (1977) and President (1982), Noel Edward (Bill) Bullard, a tireless worker for less privileged people, who passed in 1995.

‘During his time as President, Bill Bullard maintained his acute interest in charity work. Genuinely selfless in his application to so many needy causes, Bullard was a resourceful promoter of charity events and the necessity for club members to support those less fortunate’.
Source: ‘True to our Traditions’, compiled by G. Lester.

Each year the committee hosts a finale event to present the money raised to these worthwhile community groups. This year’s recipients were;

Bankstown Hospital received a cheque for $85,665 for their Renal Care Unit providing specialised care in kidney disease, hypertension, transplantation, and dialysis. The funds will be used to purchase the following much needed treatment equipment;

This new equipment will allow the unit to treat patients more effectively and with greater precision.

In addition to this contribution a further $20,000 was raised and donated to ‘Beautiful Minds Bankstown’ at Banks House Mental Health Unit for the refurbishment of the Recreation Room.

Beautiful Minds is a group of dedicated community volunteers who chare a passion about supporting, advocating and raising awareness for mental health recovery in the Bankstown area and are committed to breaking down stigma and promoting community involvement.

Asbestosis, along with Mesothelioma, are two of the most lethal forms of suffering. Australia has the world’s highest incidence of malignant mesothelioma per capita, with more than 600 new cases diagnosed each year, which is due to the widespread use of the known carcinogen, asbestos.

The ADRI’s research is focused on basic, clinical and epidemiological aspects of asbestos-related diseases. New insight will be translated into more effective ways of prevention, better, diagnostic and therapeutic procedures and novel treatment approaches.

Asbestos was the main comonent in a common cladding and building material known as ‘Fibro’. ‘Fibro’ was used extensively in the early 1980’s, until it was eventually phased out once it’s carcinogenic properties came to light. Unfortunately, by this stage the damage had already been done, with workers exposed to the deadly fibres – which were passed on to their families through the washing of clothing which contained these fibres.

Revesby Workers’ is proud to be associated with research, as this disease has affected the lives of several Club members, including former Director and President Patrick (Pat) Rogan. 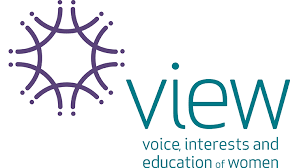 In 1960, George Forbes, then General Secretary of The Smith Family, saw the potential for an organisation which allowed women from all walks of life to develop interests outside the home, providing friendship, education and mental stimulation. At the same time he hoped to offer these women the means to assist others less fortunate through The Smith Family.

At a time when women were discouraged from having a voice in the community, George believed society needed a better balance in decision-making processes at the local, state and national governance levels. He believed that this imbalance could be rectified through the creation of a supportive network of women that worked across these levels.

View STANDS FOR Voice, Interests and Education of Women, and it supports the work done by the Smith Family with disadvantaged Australians through their fundraising initiatives. The Learning for Life Programme has expanded enormously over the years. This initiative helps disadvantaged students in all educational sectors to achieve to their potential. This is carried out in a variety of ways: by the sponsorship of individual students, by providing educational aids to some schools and by running programmes within schools to improve numeracy and literacy levels. There is also a programme to assist parents in supporting their children.

Participation in VIEW is suitable for all women who want to meet regularly, establish new friendships, engage in social activities and outings and contribute to the fundraising for the Learning for Life Programme.

Meetings of East Hills VIEW Club are held on the third Monday of each month at 10.45 at the Revesby Workers Club. There is usually an interesting guest speaker after lunch.

We look forward to welcoming new members. If you would like further information phone Bev Cheal on 0412 500 557.