Bel Cibo Italian Restaurant has WON the award for “Best Restaurant In A Pub/Club/Tavern” at last night’s 2018 Savour Awards For Excellence! (Australia Wide!)

After successfully winning the NSW Awards For Excellence last month, the team arrived at Luna Park last night with a certain amount of trepidation, knowing that this was the first time Bel Cibo had entered into such a prestigious event. The cards however, were stacked in our favour as the announcement came through that we had, in fact WON the award!

Bel Cibo Italian at Revesby Workers’ Club has become synonymous for an exquisite dining experience within a Club, and has now shown that it is second to none when it comes to produce, culinary expertise and service, culminating to a dining experience that excites and tempts the taste buds, transporting diners into a contemporary Italian dining experience every time. Bel Cibo ‘beautiful food’ as the name translates offers a premier a la carte menu, complimented by a sophisticated wine list.

Bel Cibo’s culinary team have carefully designed the menu to ensure each meal is truely memorable.

To book your experience at Bel Cibo, and discover our ‘Beautiful Food’ Summer menu click here. 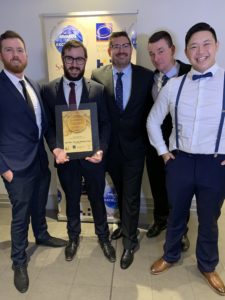 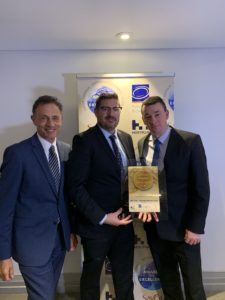 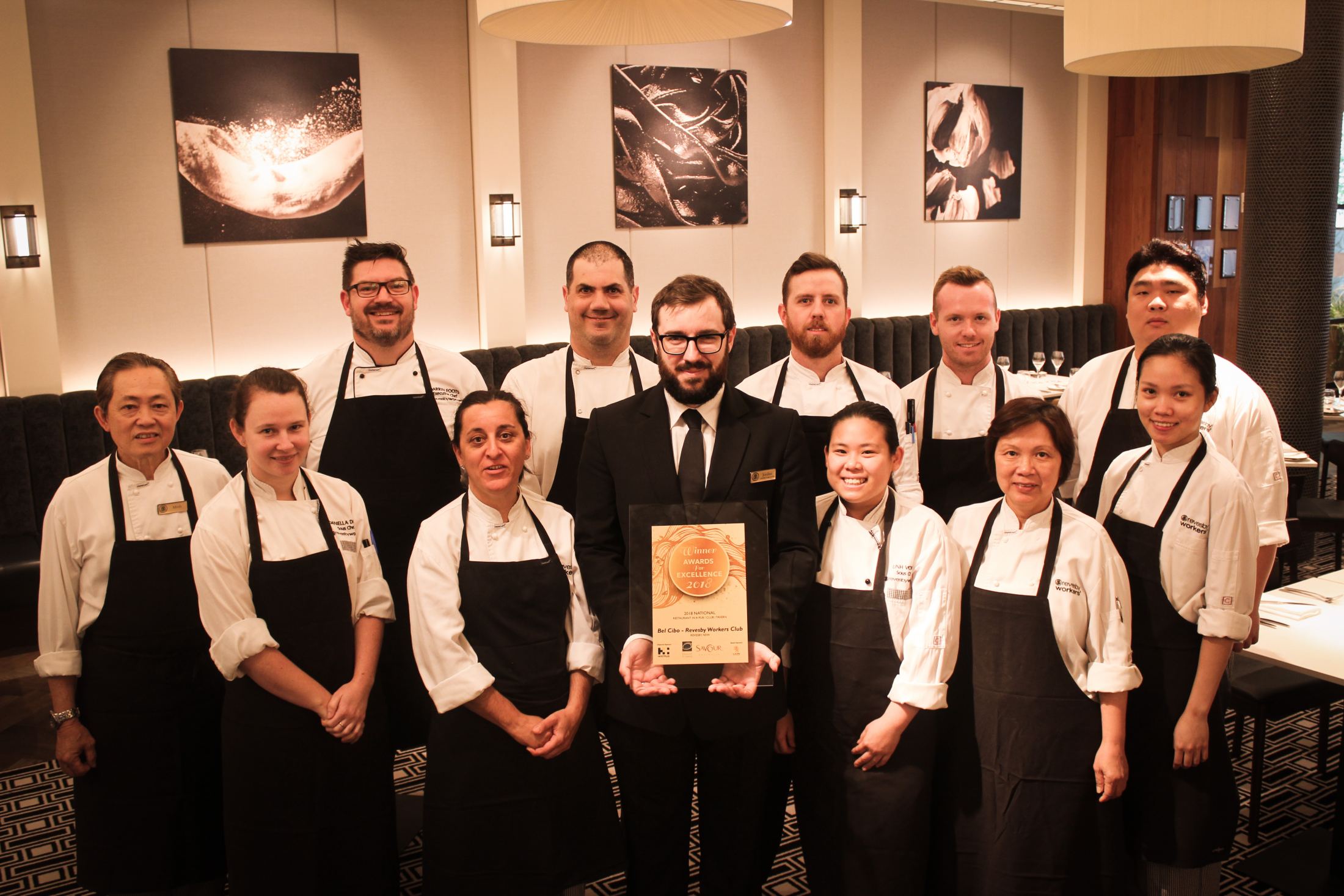 Long serving Revesby Workers’ Club Director and Life Member, Terry Semlitzky has retired as a Director after 25 years service to the Club as a Director. We would like to thank Terry for his passion and commitment to serving the Members, the local community and charities for such a long time! Read Terry’s outgoing report from the upcoming Journal. Thank you Terry!

“I’ve made one of the hardest decisions of my life this year, by not nominating for the Board of Directors of Revesby Workers’ Club, it was not made lightly.

I have been a member of the club for 52 years, 25 years as a Director and 50 years on various committees, Darts and Fishing clubs. I celebrated my 75th birthday this year, so thought it was time to hand the reins to someone else.

I have thoroughly enjoyed my years as a Director and have witnessed many changes in that time, and know that I have left a legacy, along with my fellow Directors and Management, that I believe to be beneficial to the club and the members. There have been 37 Directors of Revesby Workers’ Club since its inception, but there have only been 6 changes in the 25 years I have been involved, such is the stability of the current Board, and it should be allowed to continue as such.

I have been an active member of the club for those 52 years, firstly with the Darts, winning many team championships including; winning the first Bankstown Open Singles in 1978, the club doubles with Bill Woods in 1985, State Fours, Sixes and various other competitions. I also became the first Life Member of the Darts Club, along with Stella Morgan. I have won the Fishing Club championships six times 1985, 1986, 1988, 1989, 1999, 2000, and caught the biggest fish of the year in 1986. I was also granted Life Member of The Fisho’s. I won the C Grade Snooker Championships in 2000, B Grade in 2001, and with my son Dean won the Men’s Doubles in 2006, a title of which I’m very proud.

I am honoured to be a Life Member of the Revesby Workers’ Club, the Fishing Club and the Darts Club, along with my wife Sue and son Dean, not too many families would have three Life Members of the same club, although I’m sure the Heaslips from the Cricket Club will be up there.

Along with my wife Sue, I have been running a Trivia Night for the club’s various charities for the last 27 years, and my daughter, Vanessa now assists. We get so much response from our sub clubs for these fundraising, fun nights, they are to be congratulated, along with the prizes donated by the Club, we have been able to raise over $55,000 for Bill Bullard Charity. With the club’s support, I will continue to conduct these social, friendly, functions.

The Semlitzkys have been involved with the Revesby Workers’ Club for many years, with my dad Col an early member, my mother Daphne, sisters Marelle and Lynne, my wife Sue and son and daughter, Dean and Vanessa, all members. Dean first represented RWC playing junior cricket at age five, and played for 16 years, he is on the Darts, Fishing committees, he is currently playing bowls, and has won various tournaments, and along with mum, Sue, won the mixed doubles 3 years in a row. Vanessa played Teeball for Workers, also Netball, and made the zone representative team. Sue is the current Treasurer of the Darts Club, a position she has held since 1994, and is a currently a selector for the Ladies Bowling Club. Along with Dean, I have been running a Friday Night Darts Comp, which was originally held at The Fibro, now at The Revesby Sports Club, and we have raised over $5,000 from that social night for the Clubs Charity Committee.

I have been playing guitar and singing around the local Nursing Homes, since 2006, Yallambee, Betty Sussman, Rendu and have thoroughly enjoyed it, I recently went to our childcare centre, The Treehouse, and entertained the kids there, playing guitar and mouth organ, what a pleasure to be able to do so, the children were so responsive to the music. They went to Yallambee Village, to entertain the elderly residents, and I was invited along, to accompany them for a singalong. I am looking forward to continuing this association with the children and the staff.

I will miss not being a Director, but will continue to serve members, sporting bodies and charities to the best of my ability. Thank you everyone for their kind support over the years, the Board, Management, Staff, and especially my wife, Sue and my family.” 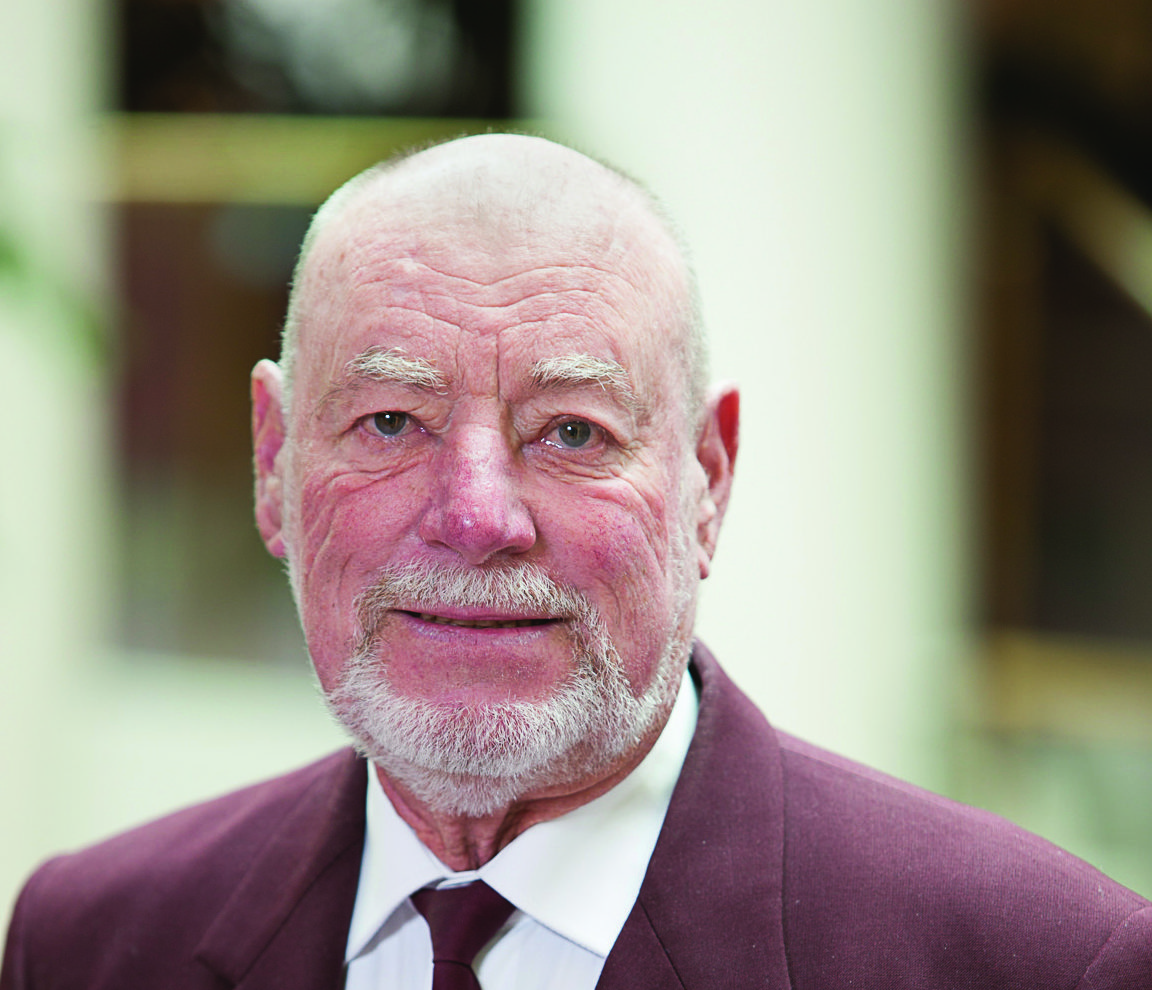 The members of East Hills VIEW Club undertook their annual stationery drive at their monthly meeting on Monday October 15 2018. Adding up to several hundred dollars of a wide variety of goods, this collection will be delivered to Plumpton Public School. This disadvantaged school in Western Sydney is supported through the Smith Family’s Learning for Life programme. These goods will be used in facilitating that programme as many of the students involved are unable to purchase them for themselves.

The members are pleased to contribute each year in this small way. We are always interested to see what is donated to assist in a small way to improve the educational outcomes for the students involved.

View (Voice, Interests and Education for Women) is a national club with members from all backgrounds who meet regularly to engage in social activities and outings, with a view to forming new friendships as well as supporting the Smith Family. We raise finds through our monthly lunches and small fees for activities.

We sponsor an individual student who has been identified by her school as needing support. We look forward to her letters and cards and we follow her academic progress with interest. In addition to the funding support, we send her vouchers and cards at Christmas and Easter and also for her birthday. This is a most gratifying initiative. 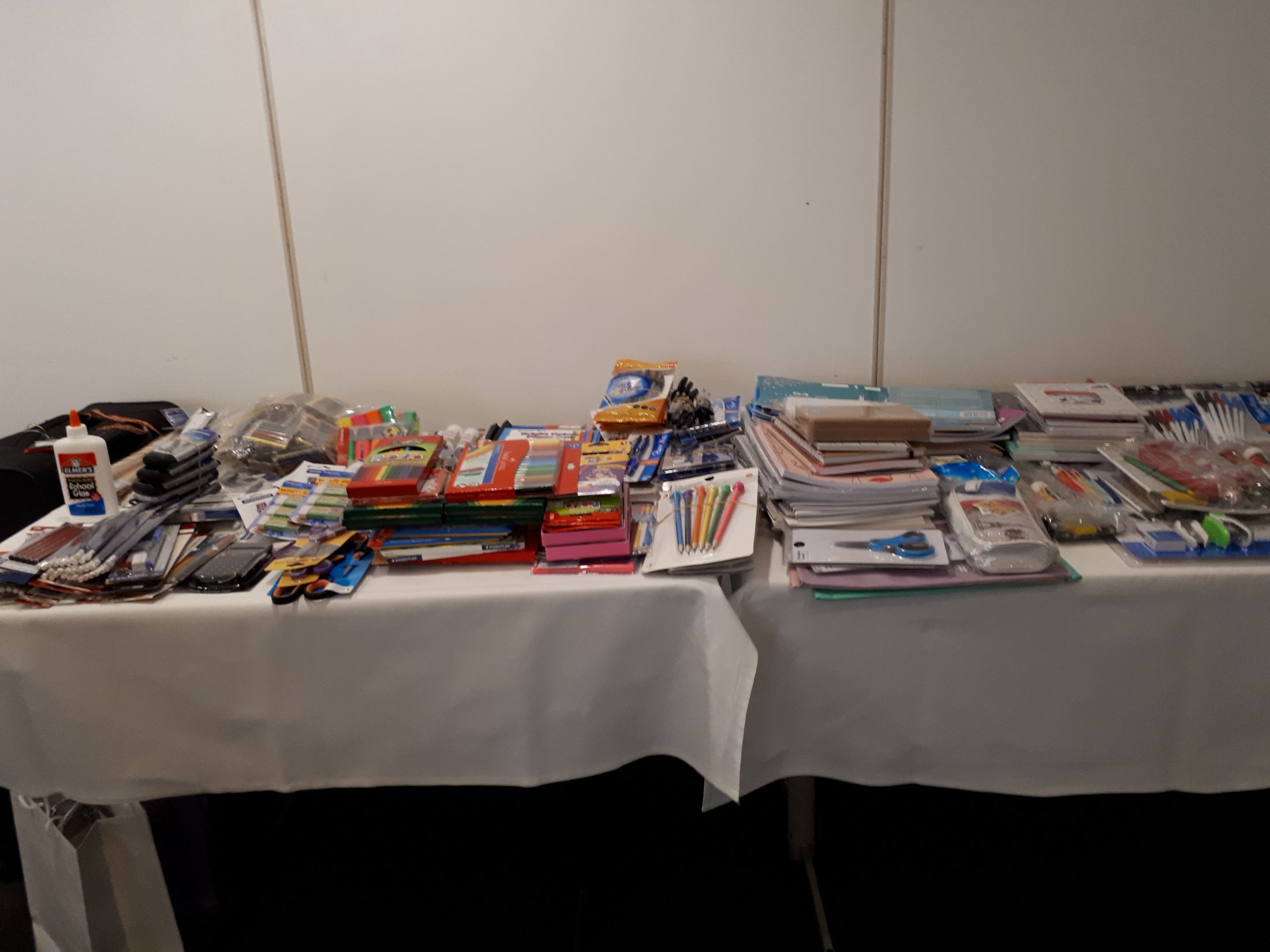 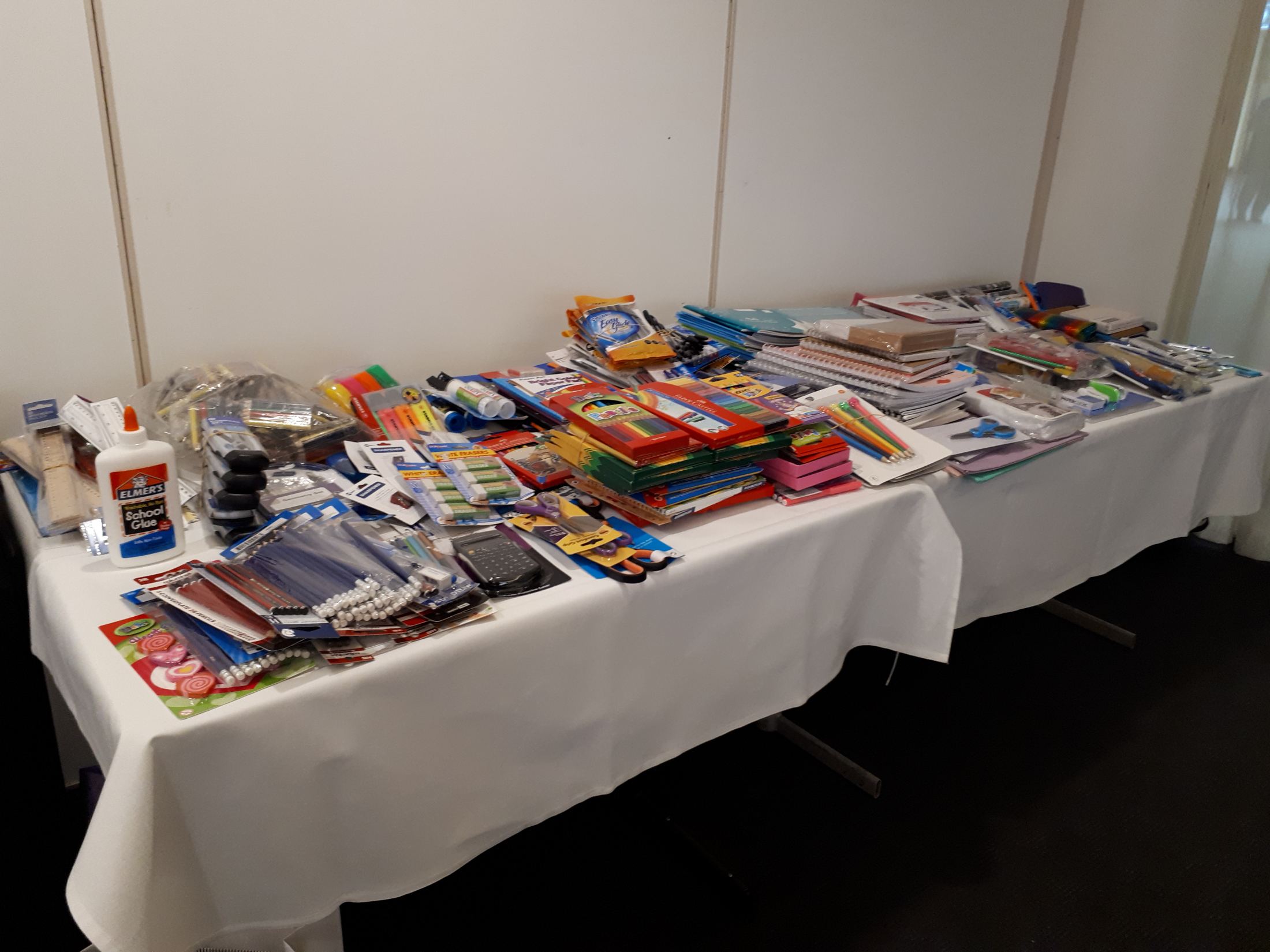 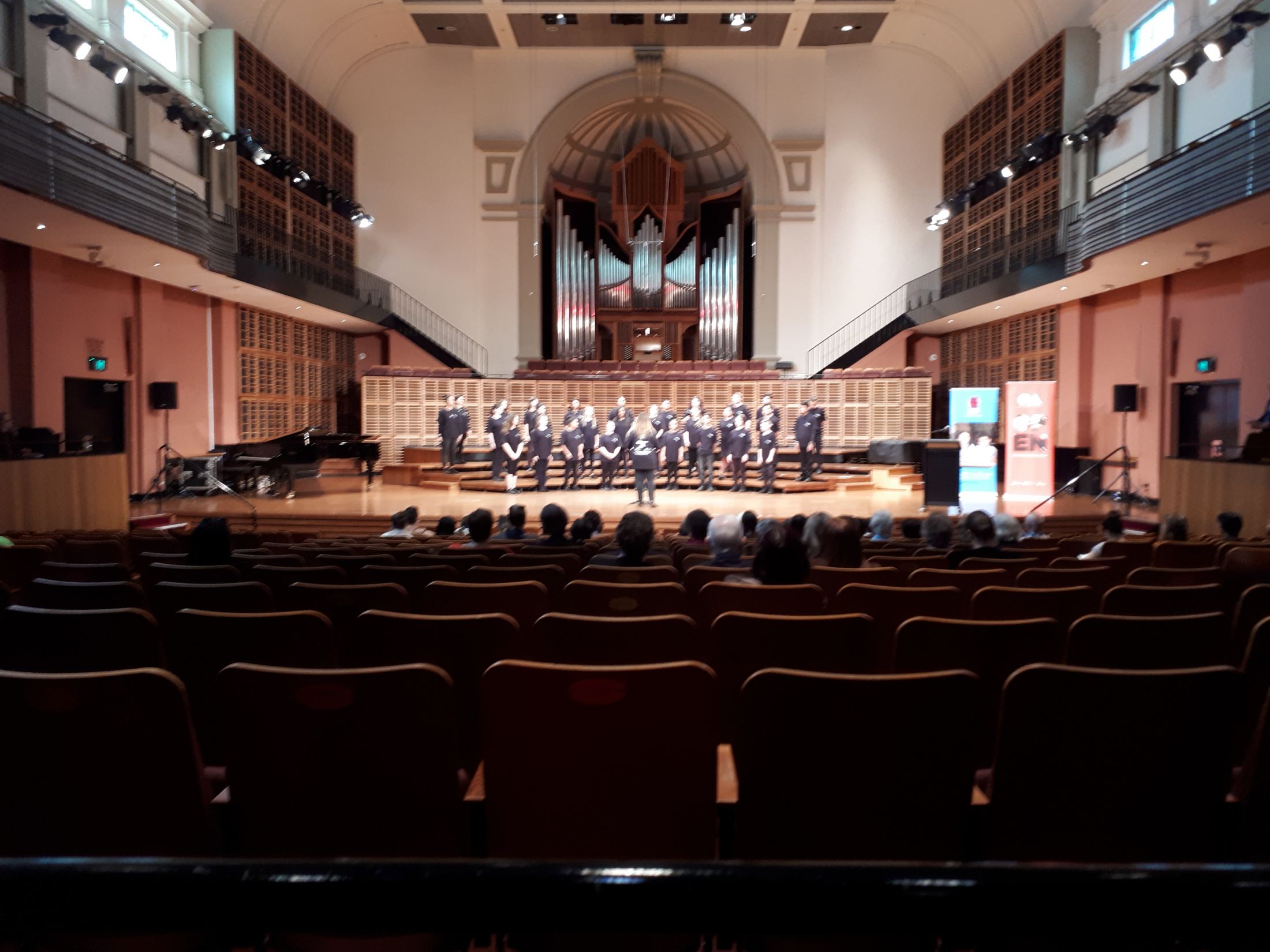 The East Hills VIEW Club were on hand to support the Converge Concert. The Converge Concert is an initiative sponsored by the Smith Family and Westpac which enables students from disadvantaged schools in Western Sydney to form choirs and perform at the Conservatorium. They sing without music being played. It is a wonderful experience for them and the audience. 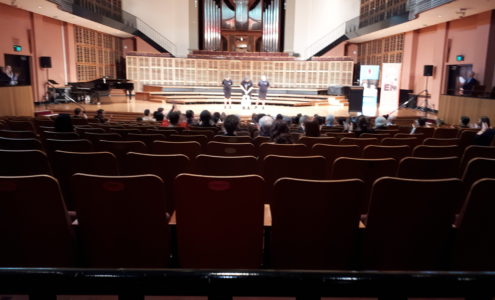 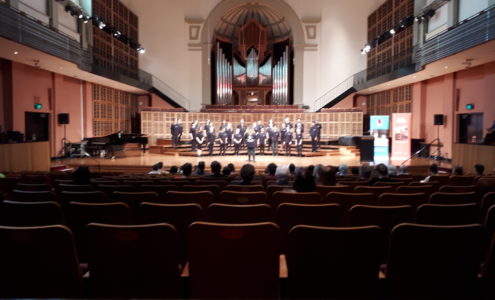 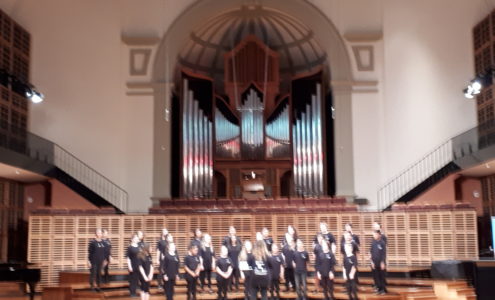