This week, the marketing team had the chance to go grocery shopping! Revesby Workers’ Club are supporting 10 families on the Northern Tablelands Of NSW that have been directly impacted by the fires.

Revesby Workers’ Club Director Dennis Hayward & his wife  Margaret led the charge delivering packages to Walcha in a round trip of almost 900km just to make sure that the packages arrived in time for Christmas!

We are all so happy that we were able to all pull together at short notice to make this happen.

Thanks to RPT Promotions for supplying hams, Storage King for the boxes & Avis Hire at Bankstown have kindly donated a truck for us to get it there by the weekend! 🎄#BushFireRelief #Community #Support #AvisHire 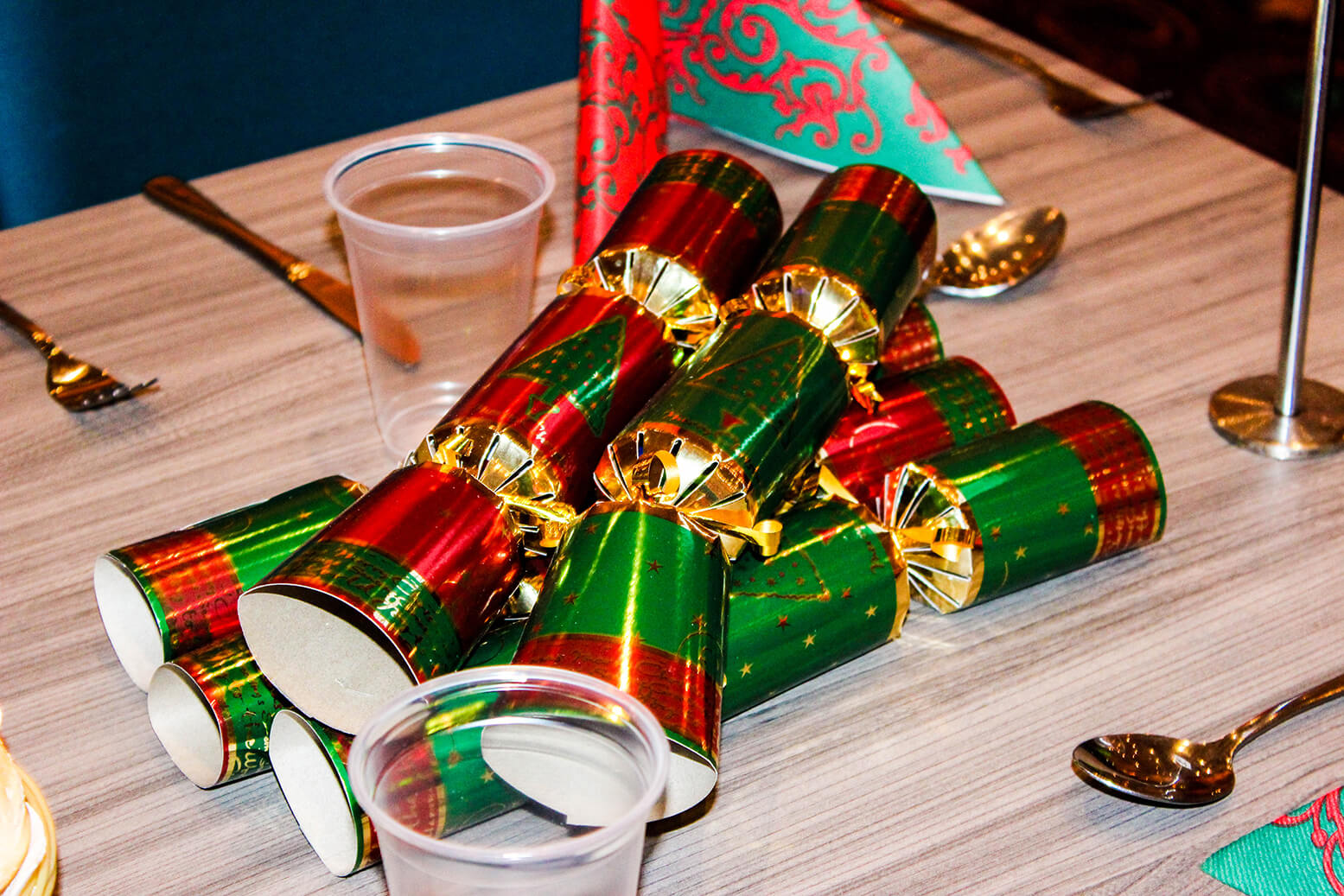 Thursday 12 December saw our final Seniors Concert for the year, our annual Christmas concert whereby our regular crowd of enthusiasts of over 600 Senior Club Members partake in a sumptuous Christmas meal with all of the trimmings including roast turkey, honey glazed ham and veg, followed by warm Christmas plum pudding with brandy custard.

MC’d by our new regular host Terry Kaff, and music by the brilliant Michael Montgomery on the ivory with his wonderful support backup band singing all of the famous Christmas hits that we all love to sing along to. (Including performers Susannah Mirana and Grooveworks)

After a short break, Seniors Concerts will resume in February 2020.

The annual cheque presentation morning tea was held at Revesby Workers’ Club where each school received a cheque for $3000. Each School made a submission as to the proposed allocation of the funds of which included playground upgrades, extra support staff and learning devices to name a few.

We will strive to continue our support to all of the local schools to further benefit the local community as a whole. A heartfelt thanks to all of the school representative who gave up their time to receive the funding on their school’s behalf.

At 11am on Monday 11 November a minutes silence was held at the Cenotaph – Brett St Entrance of the Club in remembrance of the fallen.

The “Let It Pour Campaign” 2019 has been hailed a “Great Success”! Riding on the back of last year’s “Buy A Bale” Campaign, last weekend saw the “Let It Pour” Campaign initiated throughout Revesby Workers’ Club to a resounding success! In excess of $500 was raised for the benefit of the drought relief fund that is administered by Rotary Australia. Supported by Carlton United Breweries, the “Let It Pour” Campaign was supported wholeheartedly by our fantastic community choosing to try a “Great Northern” over other brands to help support our farming families once again. 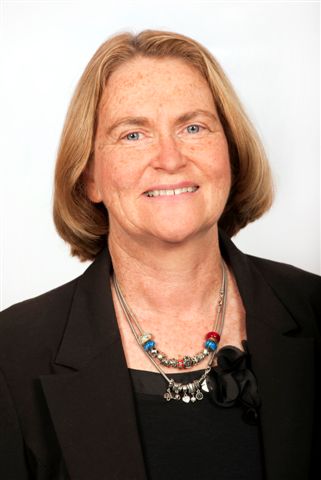 Linda Downey was awarded life membership of the Revesby Workers’ Club at the Annual General Meeting on Sunday 27 October 2019.

The Downey family has long been associated with Revesby Workers’ Club, dating back to when Bob Downey joined the club in 1966 and his wife Marguerite (Peggy) in 1970. It was inevitable that the family lineage would progress down through the generations, firstly with their daughter Linda and her daughter Jemma, who played netball for the clubin her youth and worked part time at the club while she completed her university studies, would follow.

For Linda, who joined the club in 1981, it was a big jump and one that is celebrated this year (2019) as she accepts her well-earned life membership of the club. Linda embarked on a career as a teacher, beginning at Sir Joseph Banks High School and from 2009 at East Hills Girls Technology High School.

While continuing her teaching career, Linda became restless, realising there was more to life and, in 2008, was elected to the Bankstown Council, representing the south ward, where she remained until 2015. In the 1990s, Linda had played a leading role in opposition to a second Sydney Airport at Holsworthy. Later, she led the local opposition to the major expansion of the Bankstown airport.

Mayor of Bankstown in 2014 for one year [from September 2014 to September 2015], Linda officially opened the Revesby Village Centre on Saturday 9 May 2015. With Canterbury and Bankstown Councils merging as one to Canterbury Bankstown Council, on 12 May 2016, Lindawas elected to the new council in 2017, representing the Revesby ward. The combined Bankstown-Canterbury Council became the largest Councilin NSW, by population, with more than 361,000 residents.

Linda was an active member of the Revesby Workers’ Club’s scholarships committee for the past 20 years and contributed to the selection criteria for the awards as well as participating in the annual selection process. She has strongly lobbied for further scholarships for trades training and for club staff.

Linda was an inaugural and continuing member of the committee of The Light on the Hill Society – the club-sponsored society which organises presentations by keynote speakers on economic, social and political topics, especially those relevant to south west Sydney.

Linda and her family have remained in close contact with the area they know best, around Panania and Picnic Point – for Linda, as a councillor and subsequently a mayor, and as a highly valued educator in the area, she has also enjoyed her hands-on role as a member of the Revesby Workers’ Club.

As a teacher at East Hills Girls High School, Linda has encouraged and successfully facilitated work-place training for students with the club. Partly arising from her representations, a pilot program to provide enhanced work placement opportunities for Year 11 and 12 students studying VETiS (Vocational Education and Training in Schools) was held.  Girls undertook hospitality courses under Revesby Workers’ Club staff’s supervision, a special three course meal for 25 guests in Bel Cibo, on 8 May 2018, for example. This pilot was so successful the program is being taken up state-wide.

Linda was awarded life membership of the Australian Labor Party in 2017;She is married to former long-serving Member of Parliament for East Hills,  Alan Ashton, and they have two daughters.

The Revesby Workers’ Club Board of Directors hosted a very special afternoon tea presentation event on Thursday 24 October to acknowledge those who have been loyal members of the Club and were celebrating their 25, 40 and 50 year Membership Anniversary this year.

A great time was had by all reminissing particluarly about when they held the key to the front door of the Club as part of the membership back when the club was first established. Each 40 and 50 year members also received a copy of the Club’s history book – and a commemorative certificate and badge.

It came down to the FINAL 3 on Saturday 12 October as to who was going to WIN a brand NEW Honda Civic VTI! Congratulations to all of our WINNERS!

The Major Prize Winners Were; 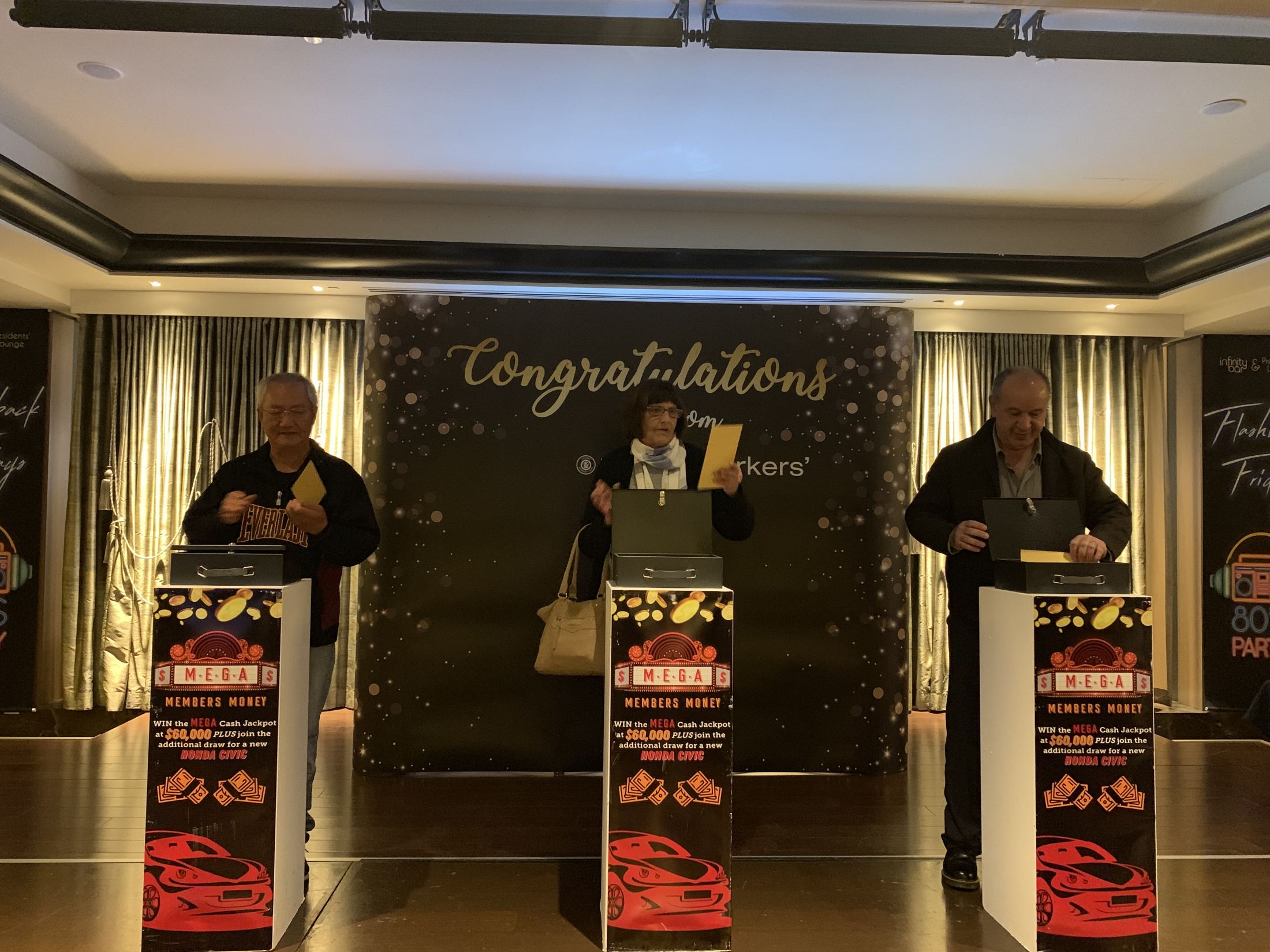 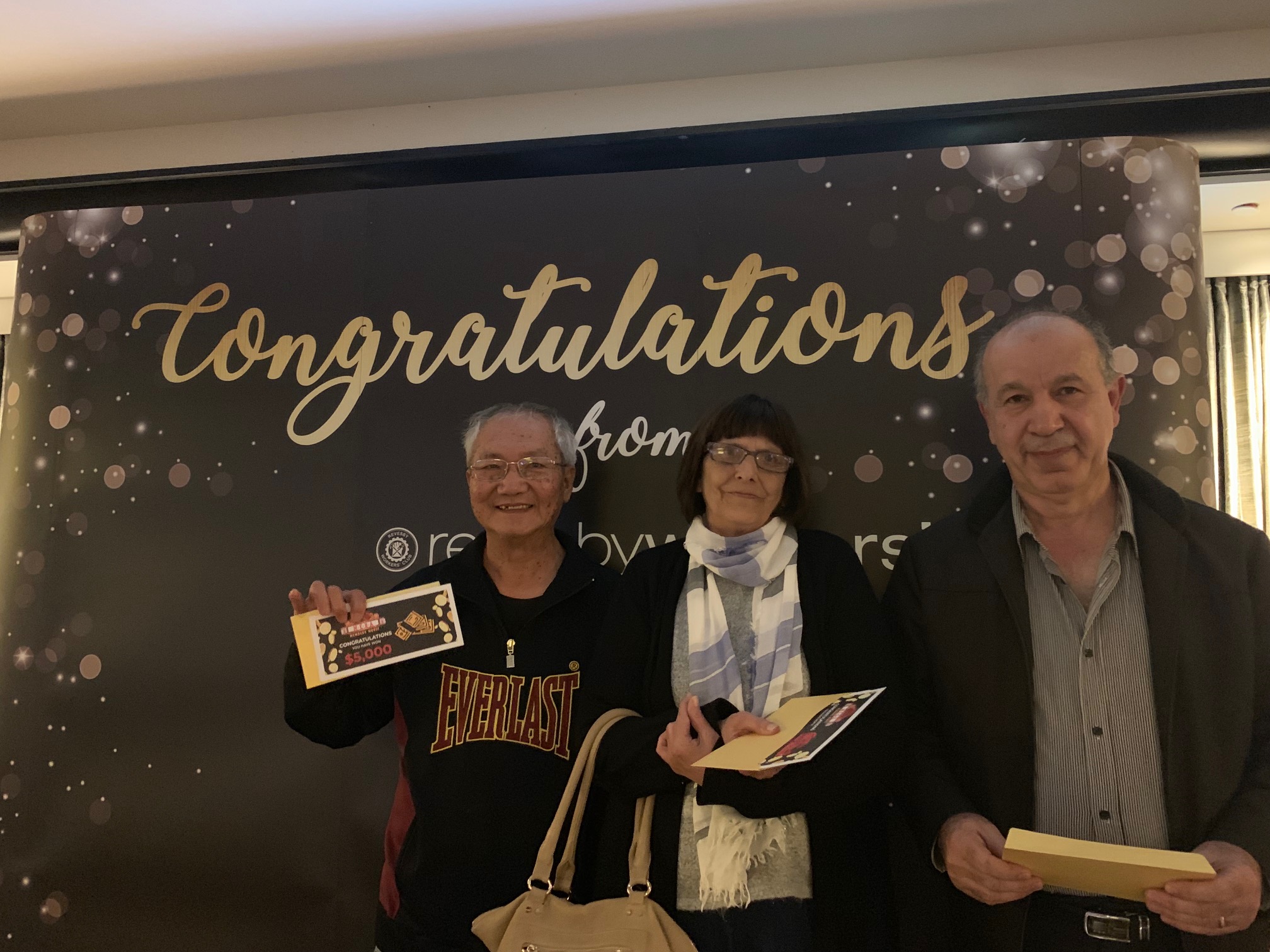 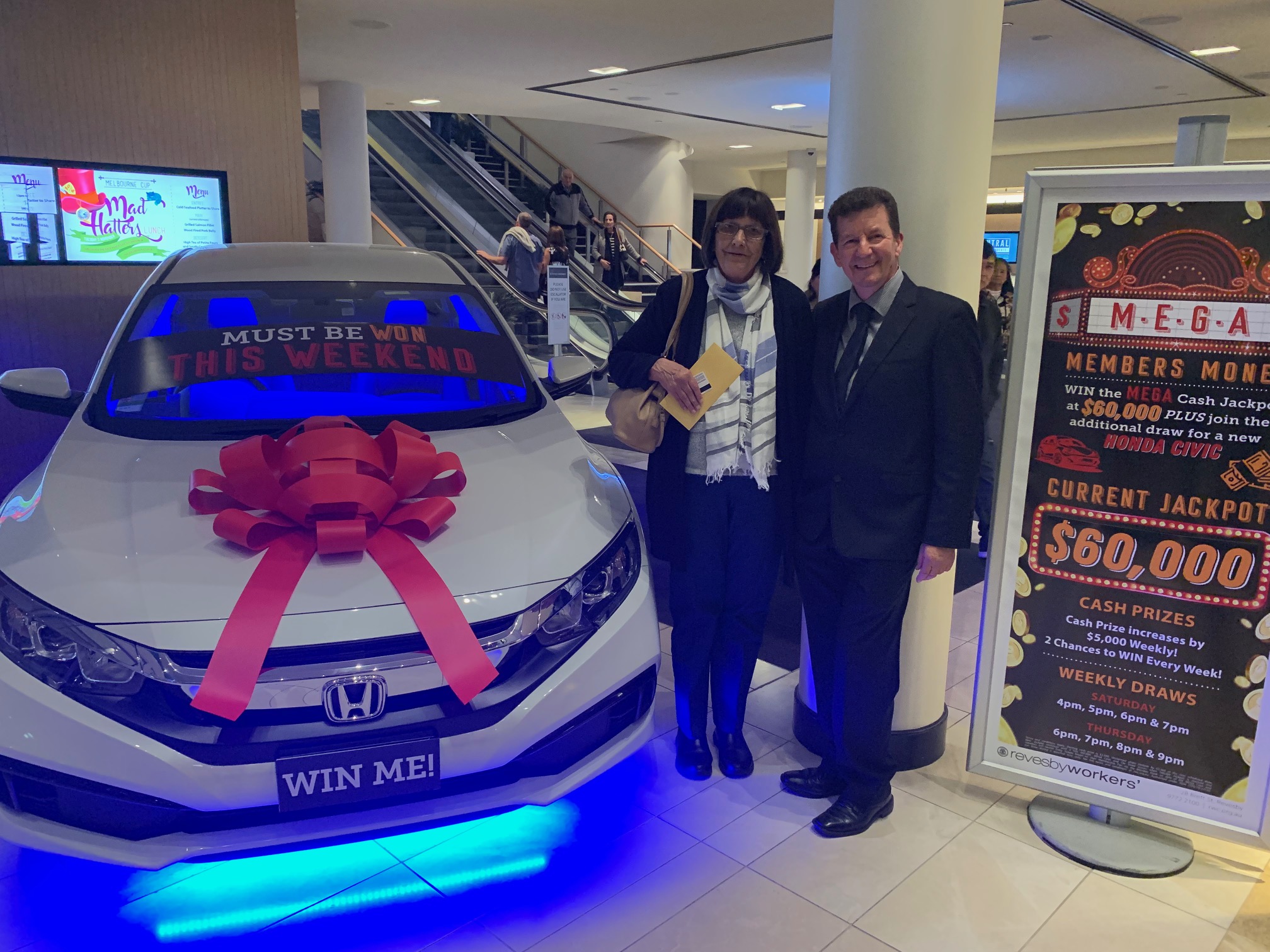 Firestone Kitchen and Bar has again shown why it is the destination of choice for families, taking out the award for best Family Dining Restaurant – Sydney at the SW Restaurant & Catering Hostplus Awards for Excellence Gala Dinner 2019.

For Head Chef Darren Foots and his team, this meant a process of mystery diners attending a meal at Firestone Kitchen And Bar, with adjudications made on all aspects of the dining experience, in this case pertaining to the “Family Experience”.

To say that we are proud of our team, and it’s commitment to providing a destination of choice for the community is an understatement. 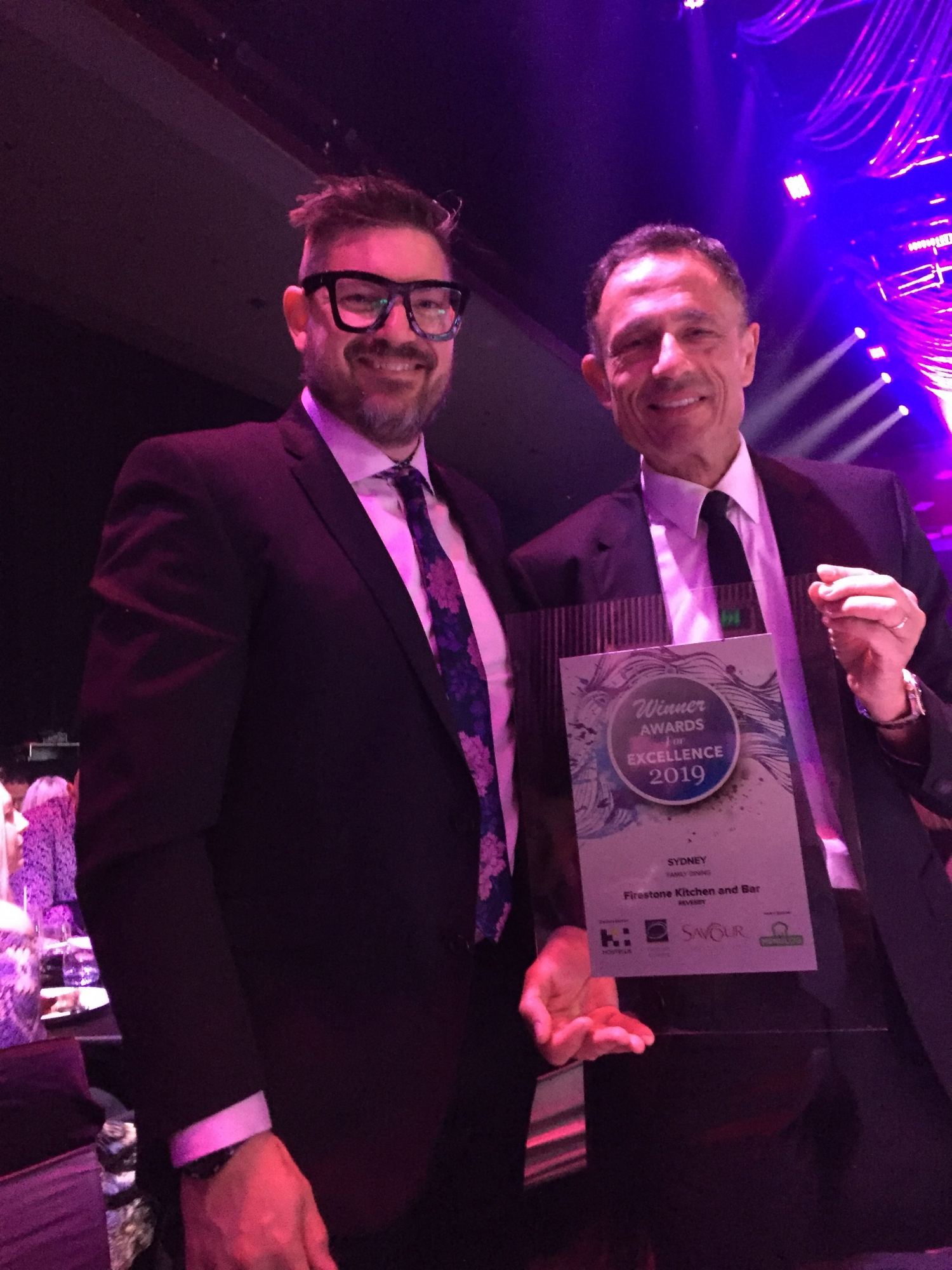 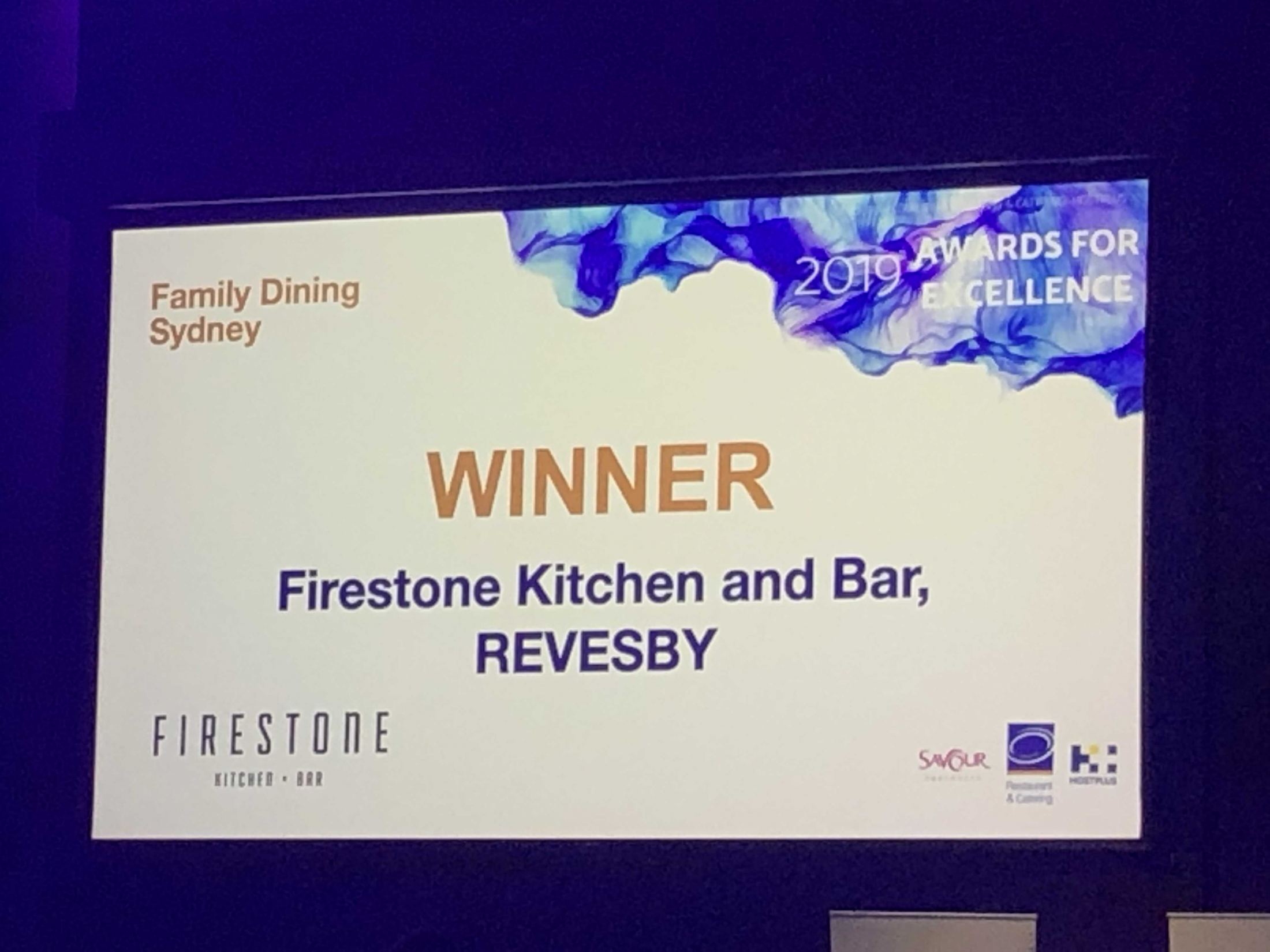 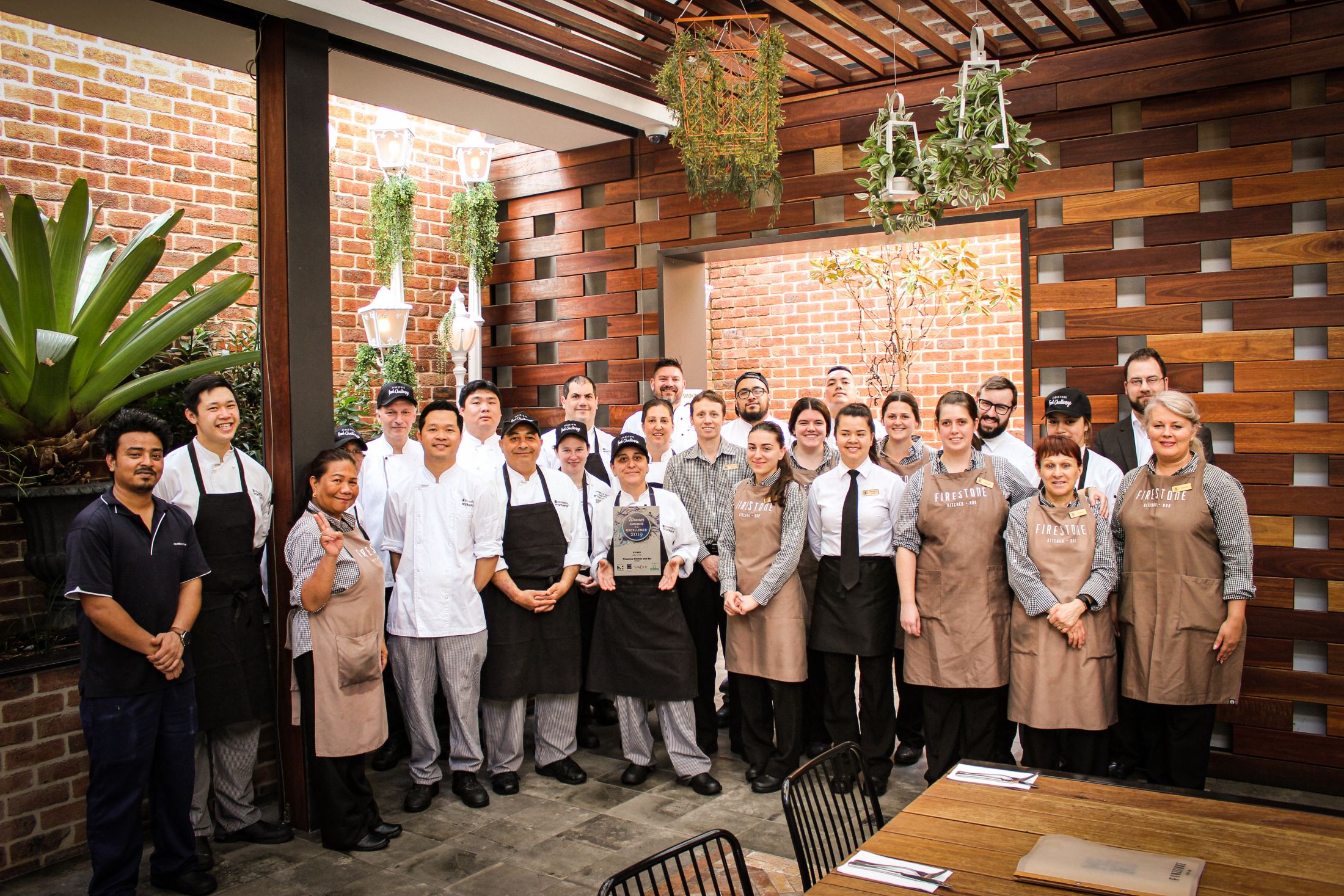 Australia’s leading disability employment service specifically for people with an intellectual disability celebrating over 800 people into open employment. Awards given to employers and clients for their tenure milestones, and also recognising employers of multiple placements, as well as School Leaver Employment Supports (SLES) milestones.

Catering Attendant, Amanda Sivier started with Revesby Workers’ Club as a work experience student, and how now been employed with us for over 10 Years! Congratulations Amanda – we’re all looking forward to the next milestone in a great career so far! 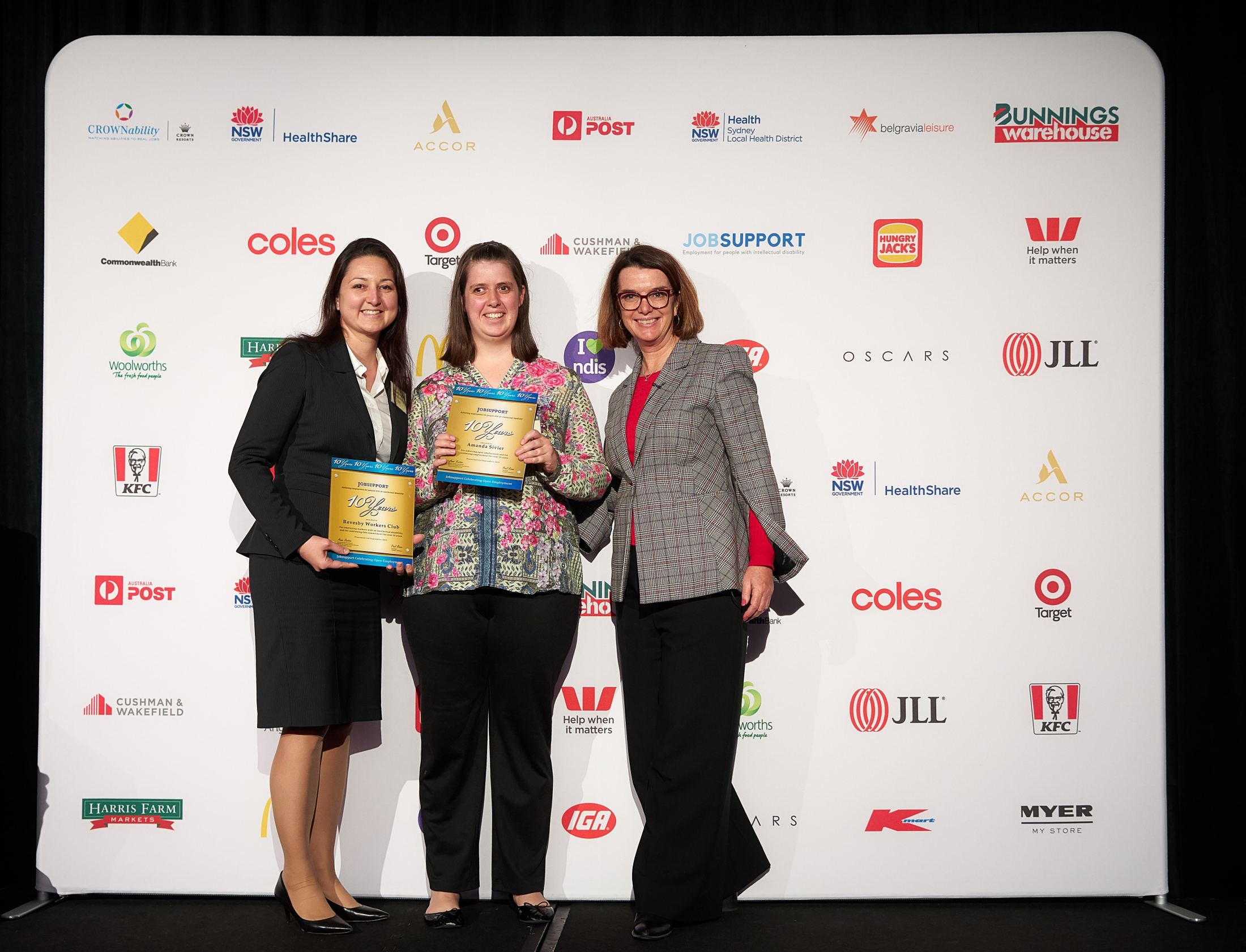