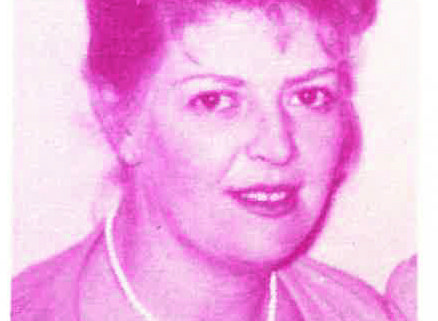 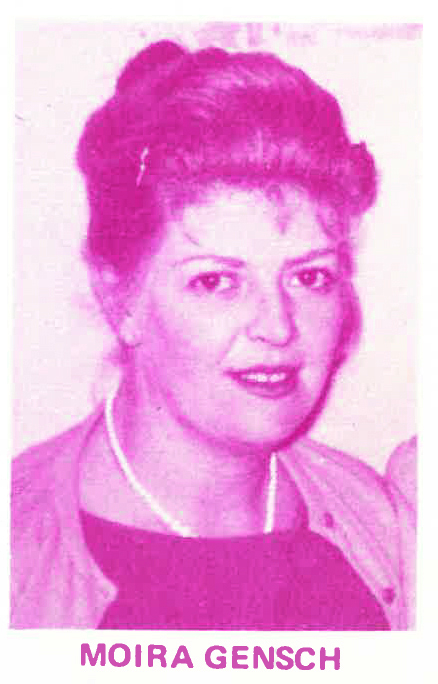 Moira was the Art Mistress for almost 10 years at Bankstown Girls’ High School. Prior to that, she had taught at East Hill Boys’ High School, was the Art Demonstrator at Sydney Teachers’ College at the University of Sydney and trained at the famous East Sydney Tech Art School.

Moira will be fondly remembered by the Club and its Board for the two paintings now hanging in the Club’s Brett Street foyer. She was commissioned by the Club Board in early 1970s to produce them for use in the newly completed clubs Henry Lawson Room and Cocktail Lounge, which opened in 1973.

In an interview with Club President Daryl Melham late last year, Moira recalled that each painting took a couple of days to complete and whilst drying on her veranda of her Padstow home, a possum climbed onto one and skidded over it. She has had to clean it up and partly repaint it.

The paintings are based on short stories by Henry Lawson and depict scenes in two famous stories: The Drover’s Wife and The Loaded Dog.

The Loaded Dog (1901)
A hilarious short story about three gold miners and their dog, which runs a muck with a bomb cartridge in its mouth. 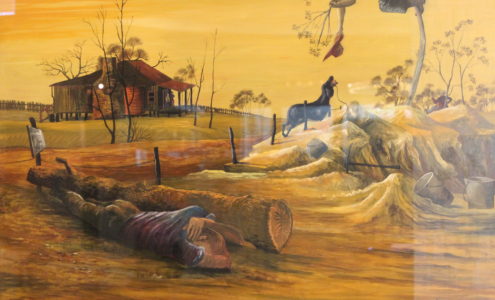 The Drover’s Wife (1892)
A dramatic short story of the hardship of a woman left alone with her four children in an isolated hut in outback Australia. 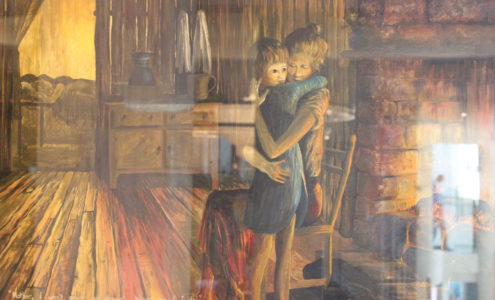 Image: Photo of Moira at 1975 Art Exhibition held during the week of the 13th Anniversary Gala Celebrations for the Club in the Cocktail Lounge (Wattle and Waratah Rooms) and adjacent room (The Drover’s Retreat). Moira’s work was described as exciting and vivid.