It is with a heavy heart that we notify our members of the passing of Alan (Dick) Moroney who passed away on Saturday 9 October 2021 age 93.

Affectionately known as Dick, a name he adopted from his father Richard when he was just a young boy, he was nicknamed ‘Little Dick’ and didn’t know his true name was Alan until he attended school.

He joined Revesby Workers’ Club in 1967, was a Director from 21 September 1997 until 24 September 2006, whereby he was the Liaison Director for Mixed Indoor Bowls, Darts and Garden Club.

Shortly after commencing his directorship he was appointed the Clubs alternate delegate in 1997 to the Federation of Community, Sports and Workers Clubs.

A dedicated member of Club’s Charity Fundraising Committee, he was awarded Life Membership for his considerable and ongoing contributions to the Club, and recently named a Life Member of the Labor Party. 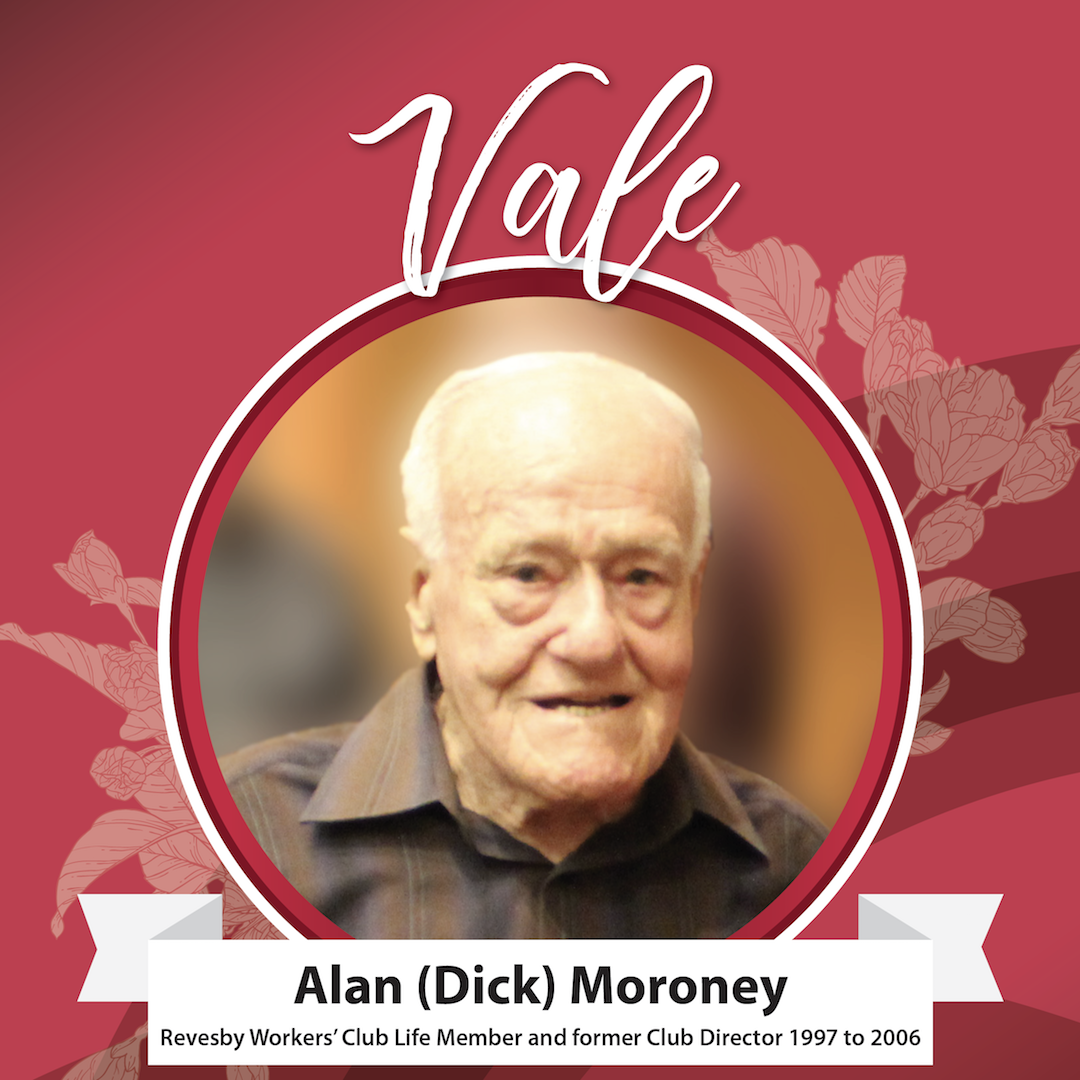