HERE WE ARE IN 2020 ALREADY! 2019 was yet another exciting year for the Club. A whole new precinct was built and opened in August – The Central

Collective – a massive area, with a big TV viewing area, eatery (replacing the former Java Cafe), a quiet area where technology is available for business and two new meeting rooms. We hope that you have had the opportunity of availing yourself of these facilities. Those of you who frequent Health Mates will appreciate the substantial upgrade in cardio and other equipment during the latter part of the year, with state of the art Technogym equipment imported from Italy. So, what is upcoming in 2020? As promised previously, the Sports Bar is scheduled for a refurbishment, while still retaining all the Pool Tables and Darts Boards. This is a great place particularly for young people who are looking for a good safe place to have fun.

While the Club will continue to focus on debt reduction during 2020, there is always the need for a capital spend on maintenance, which is never neglected, and which is why the Club operates so well. Now that the major construction phase for the Club is almost complete, members will see our energies concentrating on community matters. After all, Clubs are for the community and are owned by their members. Food continues to be a major offering to our members. We are very proud of our restaurants Bel Cibo, Aunty Eights and Firestone, and it is great to see how well patronised they are.

Our fantastic chefs, cooks and wait staff do a great job and have all contributed to the many awards bestowed over the years. All three restaurants were finalists in their various categories in the 2019 NSW Savour Awards, with Firestone taking out the best Family Restaurant in Sydney. The Savour Awards are highly contested, being awarded by Restaurant and Catering Australia. To reach the finals in this category, undercover observers attended the Club on several occasions to assess all aspects of the restaurant, not just the food, but also interaction of staff with patrons. Congratulations and thank you to all our people who contributed to winning this prestigious award. The new cafe in the Central Collective has also proven to be very well supported, with results well above the former Java Café, and twotwo//onetwo Café in the Revesby Village Centre is still a centrepiece of that venue.

Over the couple of years since opening the Revesby Workers’ Sports Club in Spence Street Revesby, the popularity of the venue continues to grow. What a great place to hold functions, either on the beautiful outside deck or inside the venue itself. Many birthday and anniversary celebrations and wakes have been held there and the very friendly staff can’t do enough for our patrons. Major events such as the Charity Trivia Night, Volunteers Appreciation BBQ, the Senior Cricket Presentation and Swim Club Presentation were successfully held in the venue during 2019. The Bistro food is fantastic. Sport, and other common interest sub clubs continue to be a fundamental part of “The Workers’”. 2020 will see the 60th Anniversary of the Revesby Workers’ Swim Club – yes, the Swim Club has been going longer than the Revesby Workers Club! Major celebrations are in the planning phase. Another of my sub clubs is cricket and the Over 40’s FORCE team is planning a trip to Harrogate, Yorkshire UK in August to participate in the World Golden Oldies Cricket Festival. FORCE is the acronym for Fathers Of Revesby Cricket Eleven! As previously said, while there have been many successes in sport and other endeavours by club members over the years, focus has always been on participation, and on being inclusive and encouraging of new participants. Under the Revesby Workers’ sub club umbrella we encourage you to investigate the great sports we offer to young and old – basketball, bowls, cricket, darts, fishing (small boats and large!), football (soccer), touch football, hockey, tennis, golf, indoor bowls, little athletics, netball, physical culture, senior athletics, snooker, spearfishing and swim club. For those a little less active, we suggest that you explore the possibility of joining the other non-sporting sub clubs – there are plenty on offer! Of course, volunteers are always welcome and encouraged! Contacts for all the sub clubs are listed in this Journal and on the Club’s website. We look forward to a great year for Revesby Workers’ Club in 2020!

The day also marks a call to action for accelerating gender parity. It is celebrated around the world on the 8 March. The first IWD gathering was held in 1911. It is not specific to any country, group, culture or organisation. It is about uniting, celebrating, reflecting, advocating and taking action to support women’s rights and achievements. A colour combination of purple, green and white have been used historically to symbolise women’s equality.

Traditionally purple has been used to symbolise women and signifies justice and dignity, while green symbolises hope and white represents purity (however white is no longer used due to the controversial concept of ‘purity’. So what you may ask does all this have to do with Revesby Workers’ Club? The decision to establish the Club was made by a group of men with a vision to embrace both men and women in the area.

Our Club has a proud tradition of including women and treating them as equals. The late Norma Smith OAM was the first female President of a licenced Club in NSW. Following Norma’s retirement from the Board another female, Christine Benham, was duly elected in 2008. Recognising the Club’s increasing female membership, a second female (myself ) was elected to the Board in 2010. By 2018 we had almost 50% female membership and when a vacancy arose for another Board member Kylie Wilkinson was elected, making us a Board of 4 males and 3 females. Some may think the inclusion of females on the Board is tokenism, but the three of us by no means feel this and all equally contribute to Board discussion and decision making as we do to our roles as Liaison Directors of several Sub Clubs within the Club.

When I was first elected to the Board, Clubs NSW used to host a celebration for IWD each year. This stopped two years ago and this year our female Board members decided there was an opportunity to reinvigorate the celebration of International Women’s Day. As this journal goes to print we are organising the finer details for our celebration which will be held on Wednesday 4 March at our Club. There will be some interesting speakers, a chance to network, raise funds for charity and of course enjoy a delicious lunch. Save the date, gather a group of friends, males welcome too, and plan to celebrate with us on IWD 2020

Welcome to 2020! I hope you all enjoyed the festive season and celebrated the new year with family and friends. A NEW INTRODUCTION
As we commence the new year, I would like to take this opportunity to introduce you to the clubs newly appointed Chief Executive Officer, Scott Bennetts. Scott is no stranger to Revesby Workers’ having held the position of Chief Operating Officer from 2008-2012, before taking on his current position of CEO at the Easts Group, encompassing Eastern Suburb Leagues Club and four additional Sydney licensed clubs. During his tenure he was also appointed CEO of the Sydney Roosters from 2011-2015 and again in 2018. He has been an Executive Manager in the Registered Club Industry since 1999, is a member of the Australian Club Gaming Council and holds qualifications in Commerce and Business Management. Scott brings extensive experience in corporate business strategy, hospitality operations and community engagement initiatives. The Board announced the appointment of Scott at the Annual General Meeting held in late October last year and he will officially commence on Monday 2 March.

A FOND FAREWELL
At the closing of last year, we farewelled our Executive Manager, Human Resources, Scott Spicer. After 12 years of service, there have been many achievements. Scott has been an advocate for equality and justice, which were evident in his dealings with Staff, Management and external stakeholders. He was responsible for the successful Enterprise Agreements the club has in place, and integral to the success of the many major diversification projects; Revesby Village Centre, Revesby Workers’ Sports Club and more recently entral Collective. Scott’s passion for his profession, team and staff was proven in his dedication to always deliver. His professional approach and his innate ability to always be the moral compass of any situation will see him sorely missed.

On behalf of the Board, Management and Staff we wish him every success for the future.

A MESSAGE OF THANKS
Since 1997 the Revesby Workers’ Club Tertiary Scholarships Program has assisted close to 500 local High School Certificate students who wished to pursue further studies at a tertiary institution with a funding grant to assist with the cost of resources.

“I recently received the below message of thanks from one such recipient and wanted to share this with all our members. As a member of Revesby Workers’ Club, alumni of De La Salle Revesby and soon to be alumni of the University of Technology Sydney, I would like to extend a sincere thank you to all involved, for the financial support offered through the RWC Tertiary Scholarship Program over the course of my degree. From 2015 to 2019, I undertook a Bachelor of Civil Engineering degree which involved four years of theory and one year of practical “internship” experience. To finish the degree, each student is required to complete a capstone or thesis project which I obtained an excellent result of 95/100 in. This result in addition with my other subjects means I will be graduating with first class honours and has assisted me in securing a full-time graduate position within the industry. To receive the scholarship contribution, for the entire five years of my study, has been of invaluable assistance in funding textbooks, equipment and fees. As a lifelong resident of the area and son of two perpetual members, it has been great to see the community contributions of which RWC prides itself on have a direct impact in my own study and future.

Thank you for your ongoing support and patronage as we continue to build a better club for all.

Tiếng Việt
MiniFit A Huge Success For The Kids 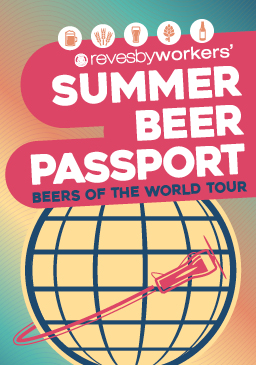